Making waves beyond the airwaves. 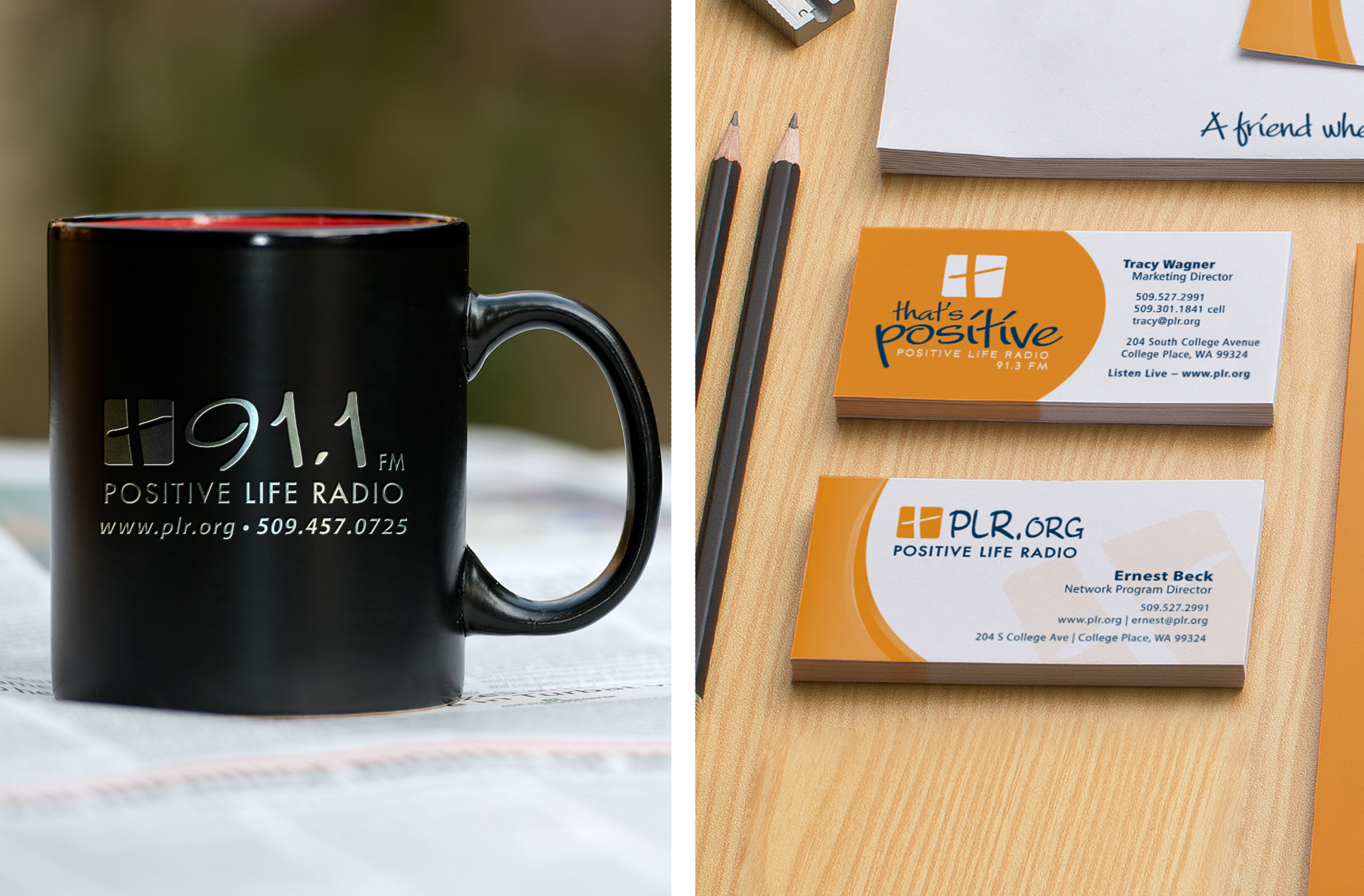 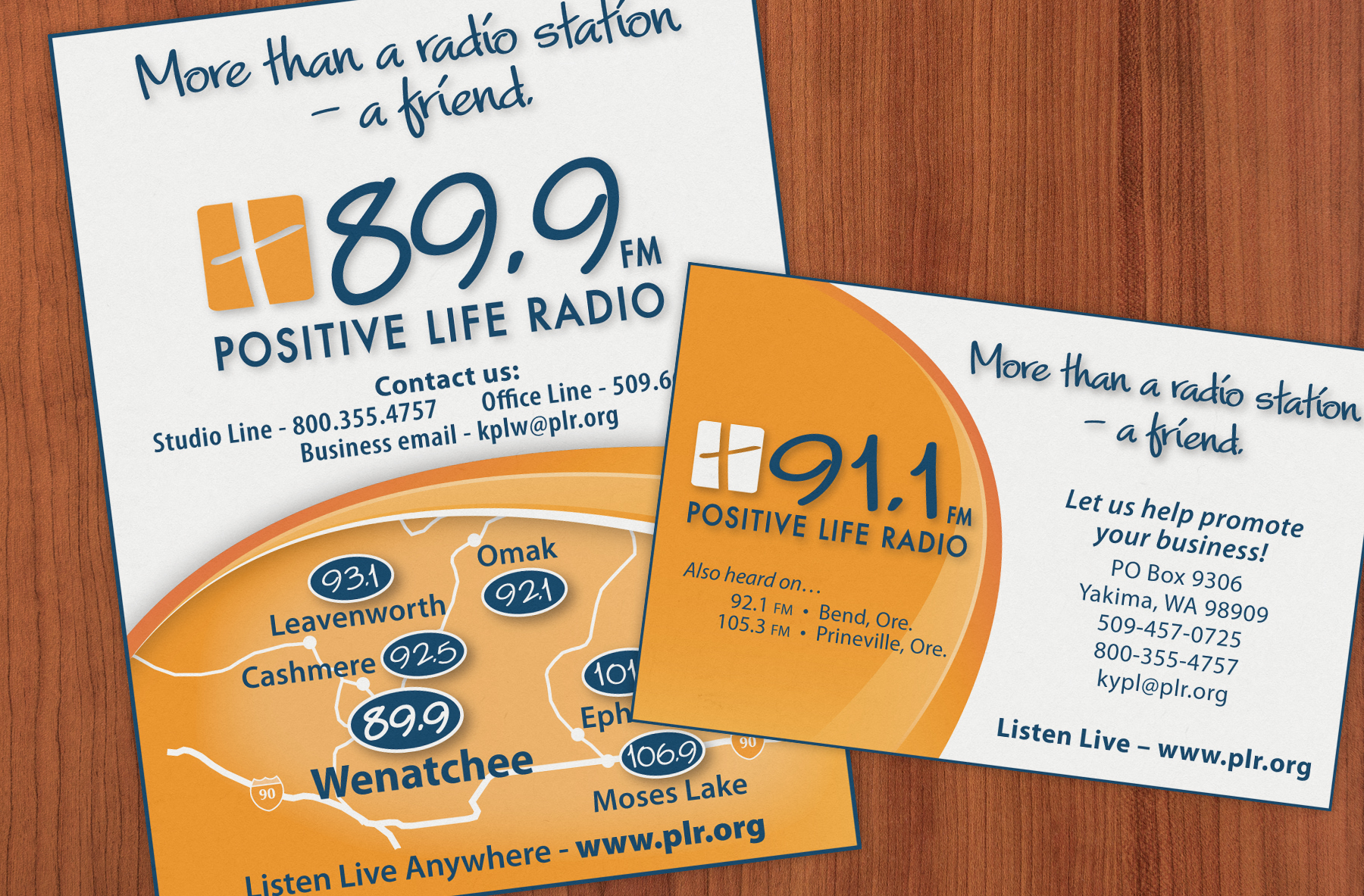 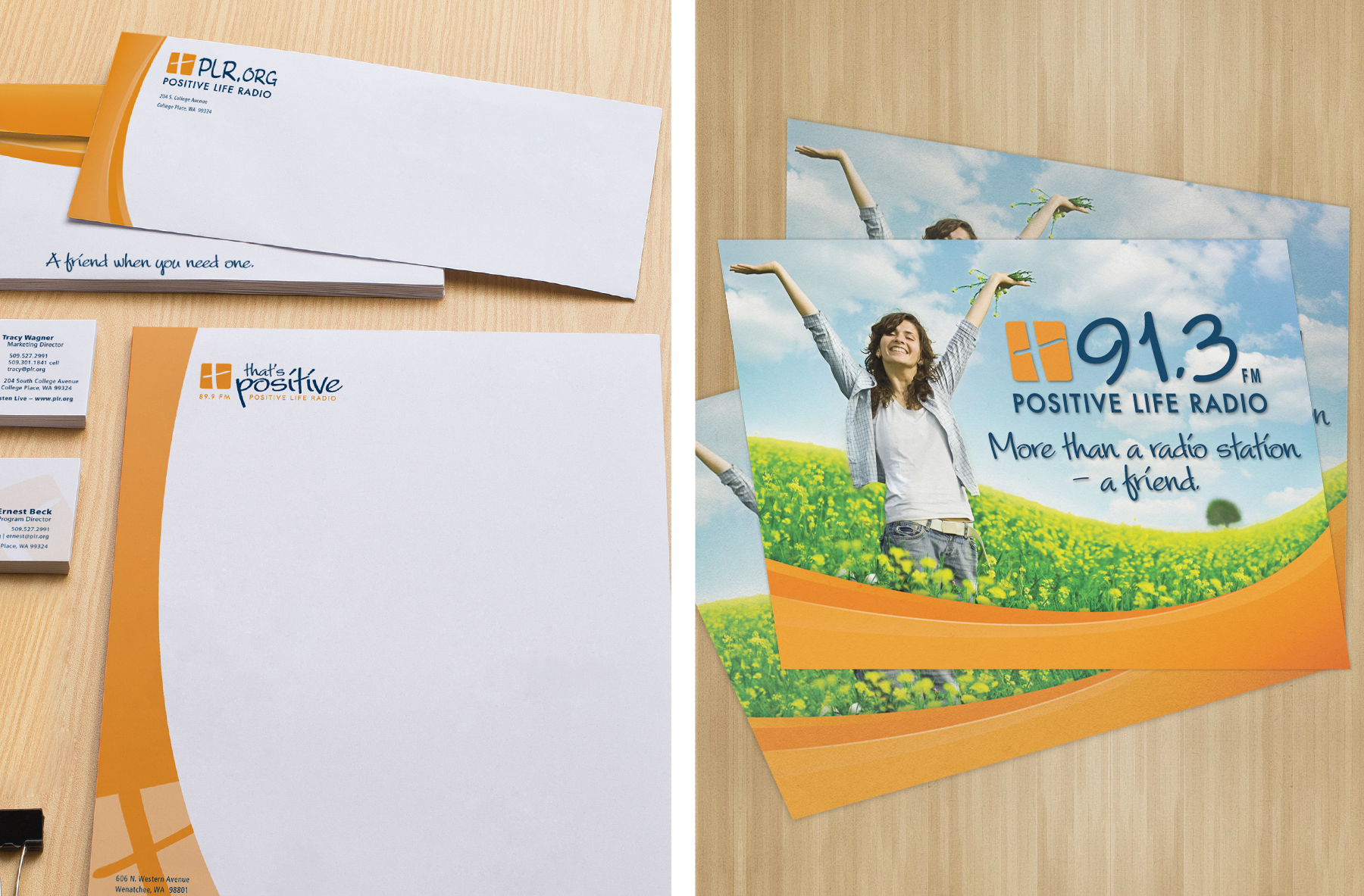 How do you brand positivity? Just ask PLR.

Positive Life Radio approached Artmil back in the Spring of 2008 about partnering together on a mail campaign for their upcoming fundraising drive, and it has led to a wonderful long-term working relationship in the years since.

After the initial fundraiser mailing, PLR decided that a fresh new branding effort could help revitalize their image in the Northwest, and after working with us on their fundraising drive — in which we designed, printed, and mailed out their donation postcards — they trusted us to lead the way. In the Fall of 2008, the new identity for PLR was released.

We took that branding and developed beautiful full-bleed stationery (business cards, envelopes, and letterheads) to really help solidify their new identity publicly. We also assisted in the design and layout of their station website. In 2012, as they celebrated 50 years on the air, we developed a commemorative “50 Years” version of their logo for use in their promotional materials.

In the 8 years since we began working with them, we’ve been proud to be a part of countless projects of theirs, and have designed collateral that you’ve no doubt seen all over town in the form of bus advertising, banners and trade show booths, billboards, coffee mugs, balloons, pens, mousepads, bumper stickers, window decals — even branded chocolate coins!